Recipes with a twist

The old saying goes “if it ain’t broke, don’t fix it”. Not so, says Rolf Caviezel, whose culinary mission has been to seek the evolution of traditional cuisine. He found his preferred method in molecular gastronomy, which combined two of his favorite aspects of cooking: art and experimentation.

As part of our series on culinary innovation, we asked Rolf to re-imagine three classic dishes and ingredients. He was inspired by three of the knives from our Classic Limited Edition 2019 range, which was dedicated to Food of the World: the bright lights of a neon burger bar, iconic tacos from Mexico, and the humble chili, whose spiciness brings flavor to many world cuisines. All three have a long tradition within the kitchen. Here’s how Rolf re-invents these dishes and puts his own modern, innovative spin on well-established classics. 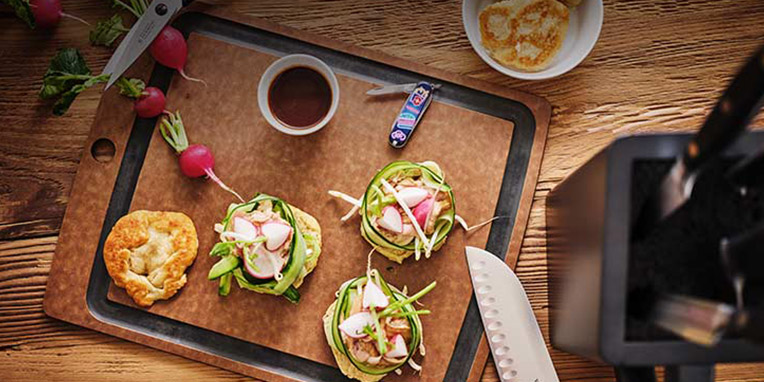 WITH BEAN HUMMUS AND ZUCCHINI 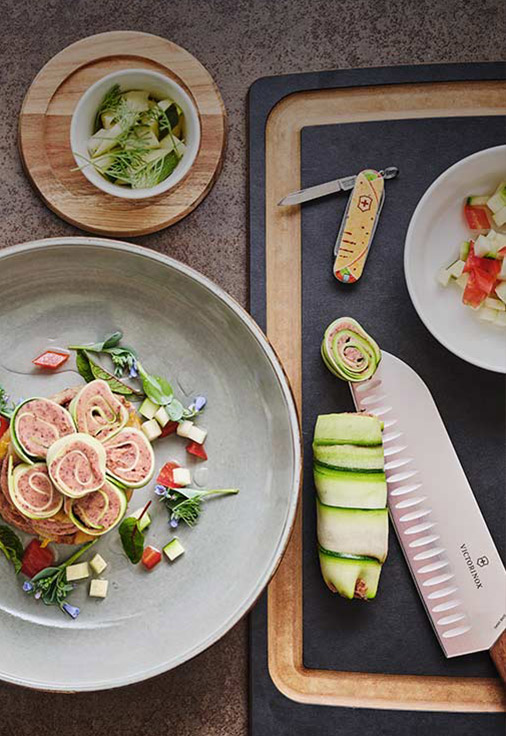 WITH PEPPER FOAM AND FRIED CORN 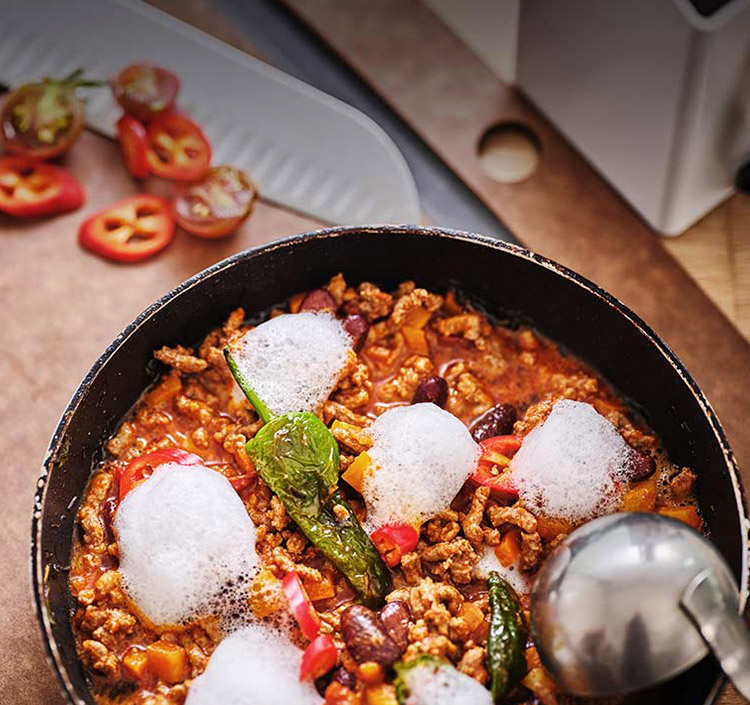